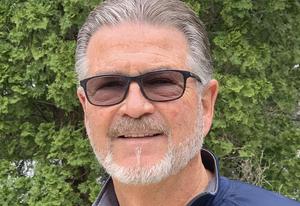 Seaford Athletic Director has been named to the Delaware Sports Museum Hall of Fame.

Seaford Athletic Director Jerry Kobasa is one of 10 individuals who will be inducted in to Delaware Sports Museum Hall of Fame in October. With a career spanning over 50 years as an athlete, teacher, coach, volunteer, and administrator, Kobasa said this nomination is a true honor, “I am so blessed to have had this career and I am grateful for all the support of good friends throughout the years.”

The Wesley College graduate played both baseball and football before moving on to Delaware State where he played football and graduated with an education degree. Coach Kobasa said when he was a student athlete, a professor at  Delaware State College, now Delaware State University, encouraged him to change his studies from business and marketing to education, “Dr. Ray Grandfield believed that I would make a very good teacher, he was a big supporter, convinced me to go into education and that I would be a coach someday.”

After graduation he joined the assistant coaching staff under Coach Jeter for four years, then Wesley and Smyrna High School where he eventually coached basketball,

“Phil Sinkovich talked me into returning to coach as a volunteer and then I coached the JV team. Coach Sinkovich moved away and when he left I became head coach at Smyrna at 25 years old,” said Kobasa. “I was a football coach, not basketball but he had enough faith in me to recommend me, I was really blessed.”

Coach Kobasa talked about his early years, “It was a different era, all coaches socialized, we tried to beat each other bad but we always got together after the games and hung out until breakfast. We all liked each other and we went away to clinics to learn from great coaches like John Wooden, Bobby Knight, Jim Valvano and others.”

Kobasa said lessons of coaching are lessons in life and life-long friendships, “I went to Cincinnati and spent a week at a clinic where I met Bob Huggins who was a young coach at the time. We watched 4-5 days of practices and I learned so much by just watching, I went back each year and one day Huggins came over and started to talk to me and asked me what I thought about practice. We became close friends and I still go and watch his practices every year.”

Coach Kobasa also said of the support from Mike Brey of the University of Delaware, Ralph Barrett of Cape Henlopen, Jim Dougherty Holy Cross and CR, and Morton Kimmell who was the pioneer in moving the Blue and Gold game to University of Delaware, “It is amazing how many people wanted to see me succeed and played an important role in my success.”

It was at Sussex Tech that Kobasa began to work for student athletics behind the scene. “The principal of Sussex Tech told me I had to attend all the DASA (Delaware Association of Secondary Administrators and now DIAA Delaware Interscholastic Athletic Association) board meetings in order to learn rules and regulations.  I was put on the Board and became chairman and one week later it became sunsetted and legislation passed for DIAA. I remained for about 15 years (eight years as chairman). Bob Depew asked me to be on State Tournament Committee and I stayed there for 25 years and now I am on the boys’ committee.”  In 1995, Kobasa took over as the head boys’ basketball coach until 2005 when he returned to his alma mater to coach the Wesley Wolverines.

Coach Kobasa said he remembers his struggles as a teenager, “high school counselors told me I would never make it and as a young kid you start believing that kind of stuff.” It was his coach at Wesley who made him believe differently, “Bob Anders straightened us out and amazing things started to happen and then Dr. Grandfield who encouraged me to become a teacher.”

Kobasa said, “It is important for us to play a vital role in the life of the kids today, I wasn’t the smartest X’s & O’s guy but I could get kids to play for me, I built bonds and we are still connected to this day and they reach out to me. It is so special and all the recent congrats mean so much to me, it means they each took the time to send me a note.”

In 2015, Kobasa hung up his whistle and became the Athletic Director of Seaford School District. “People do not realize what goes on behind the scenes and building the staff at Seaford makes me proud. It is taking time but I believe we have some of the best coaches in the state right here in this school district and many are Seaford graduates and community leaders,” he said.

The mission, as outlined on the website (desports.org).of the Delaware Sports Museum and Hall of Fame, is to celebrate the history, preserve the legacy, and honor the heroes of sports within Delaware and those who have brought recognition to Delaware by their accomplishments elsewhere. The membership strives to educate young and old about athletics, sportsmanship, and work ethic while providing inspiration to maintain active and healthy lifestyles through sports.

Kobasa said, “My dad was always saying if you don’t get involved you cannot say anything. He was a big influence in my life, he was a special man,” said Kobasa. “Lenny Chasnov called me after the announcement and told me ‘this is the big one and this is one that encompasses everything and anything to do with sports’.” Kobasa said he came to Delaware to play football at a small junior college and his life changed, “I feel like I am a true Delawarean. I came here at 17 and never went home.”

Kobasa will be honored with the nine other inductees on Wednesday, October 14 at the Chase Center on the Riverfront in Wilmington.

Jack Gregory – The first organizer and administrator of the Delaware Blue-Gold High School Football All-Star Game, he was a standout coach at the P.S. DuPont HS before moving to the college head coaching ranks at East Stroudsburg, Villanova, and Rhode Island and as athletic director at Bowling Green. He passed away in 2014.

George Kosanovich – Over a span of 42 years as a high school football coach, won 264 games at Wilmington, McKean, and Concord to rank third all-time in state history. His teams won three state titles, made 11 tournament appearances, and several of his players went on to NFL careers.

Tom Lemon – A member of the St. Mark’s High School and Delaware Baseball halls of fame, he served as baseball coach at St. Mark’s for 16 years and led the Spartans to four state titles and eight championship game appearances.

Art Madric – His name is synonymous with success in track & field. He helped found the successful Wilmington Track Club, led Howard and Glasgow boys’ and girl’s high school teams to 11 state titles, and was named state Coach of the Year eight times.

Charles Rayne – One of the top high school basketball players in state history, he led Indian River HS to two state titles, earned All-State honors three times, and was a four-year standout in college at Temple University, eventually being drafted by the NBA Phoenix Suns.

Lou Romanoli – Made his mark as a standout baseball player at UD and the Wilmington Semi-Pro League, in football with the Wilmington Football League, as general manager of the Wilmington Blue Bombers in basketball, and as a marathon runner. Also contributed as a high school basketball official and officer with the DSMHOF.

Gary Smith – One of the nation’s most prominent sportswriters, the Dickinson HS graduate has won four National Magazine Awards, the highest honor bestowed on magazine writers, the magazine equivalent of the Pulitzer Price. He joined Sports Illustrated in 1982.

Tyresa Smith – A two-time All-State pick at Polytech High School, she went on to a Hall of Fame career at the University of Delaware where she earned all-conference honors, set numerous school records and led the team to the NCAA Tournament. She played in the WNBA and overseas.